Info from a Plate Number We’re sitting around our top secret Geek Cave awhile back and we get this email from a fella named Tyler Lennon from LicensePlateData.com He wanted to know if our customers could benefit from a service like his. Here’s the gist, type in a license plate and get all the info […]

How to sort vehicles randomly

The Random Joy of Chaos Once upon a time, this fella named Mike says, “How can I sort my vehicles randomly?”  Gotta tell you, we spend a lot of time fighting random chaos and Mike is the first person to ask for this little gem, so it’s not likely to get added as a feature […] 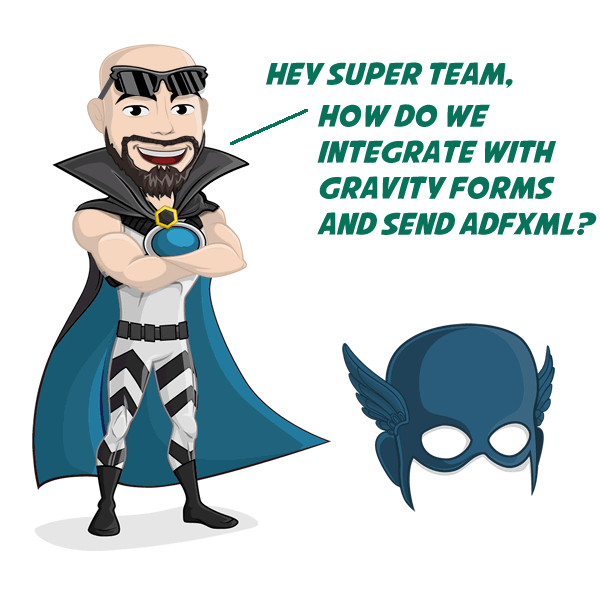 Kevin Davis – Mastermind and Approved WPSuperDealer provider at The Harman Media & Marketing Group WPSuperDealer, Gravity Forms & ADFxml First off, let’s get to the important stuff. What is ADFxml? or is it ADFxml, adfXML, adfxml or ADFXML? or does that even matter? Regardless, if you want some details on ADFxml and what it […] 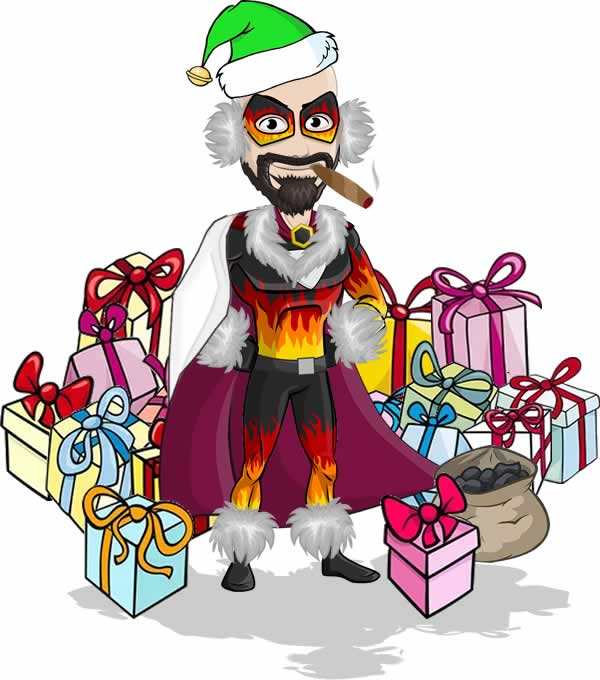 Merry tidings and a Wonderful Winter to all ‘Tis the season… If projects were presents For Project work I’m fairly certain we did a blog post about how quickly time flies. Turns out it goes even faster when you’re buried in projects, especially if each project feels like a present. This is the time of […] 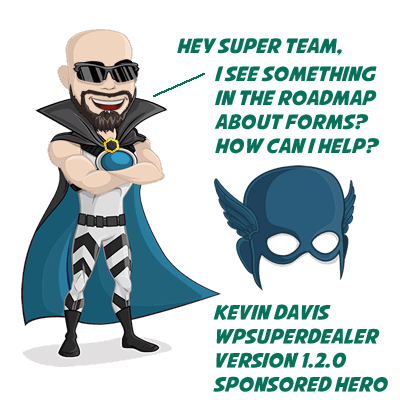 Version 1.2.0 Sponsored Hero Kevin Davis, co-owner of “The Harman Media & Marketing Group” has been playing around with WPSuperDealer and some of the add-ons and he realizes there’s no obvious way to integrate forms from his preferred forms PlugIn. He reaches out and wants to know, “What’s the story with forms? Listing vehicles is […]

On the way to the Repo 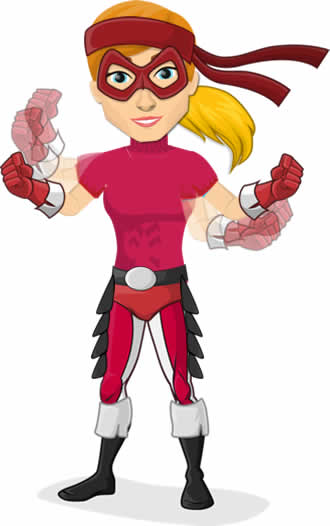 We’re making updates as fast as we can One step closer Despite being blessed with the power of procrastination, we’ve once again submitted to the WordPress.org repository. They identified five items for correction, the first four were knocked out quickly. That last one involved making changes that required changes in some of our add-ons. It wasn’t  […] 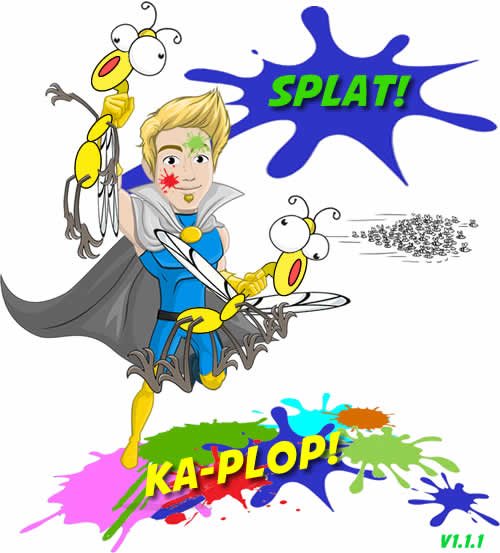 Jos Wanders – Bug Quashing Hero Version 1.1.1 released Jos Wanders (dvb4free) contacts us and says “I found some bugs.” But did Jos stop there? No, Jos stepped up and not only identified and reported the issue but was kind enough to supply us the filename and the lines where we could correct the issue. […] 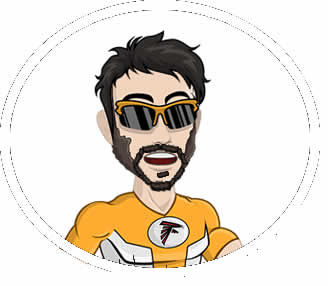 One of our customers says, “What’s the best way to add a down payment field to the payment calculator?” This resulted in a series of head scratches and scrambling around to find the right answer. It turns out there were a few different options. One of those options would have cost nothing, but another option […] 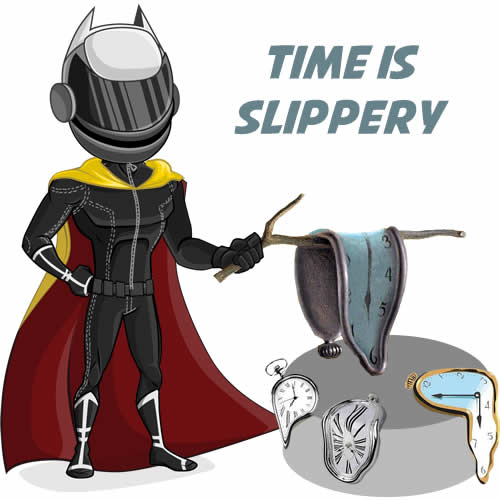 The two most powerful warriors are patience and time. Leo Tolstoy, War and Peace. Punctuality is the thief of time Oscar Wilde, The Picture of Dorian Gray. Where does the time go?! Two months ago we discussed a minor bump on our journey to the WordPress.org repo. At the time things seemed to be moving […]

Journey to the Repo

WPSuperDealer has been submitted to the PlugIn’s repo at WordPress.org

The PlugIns Team put it through the wringer, found a few minor issues and requested we resubmit once they were resolved. 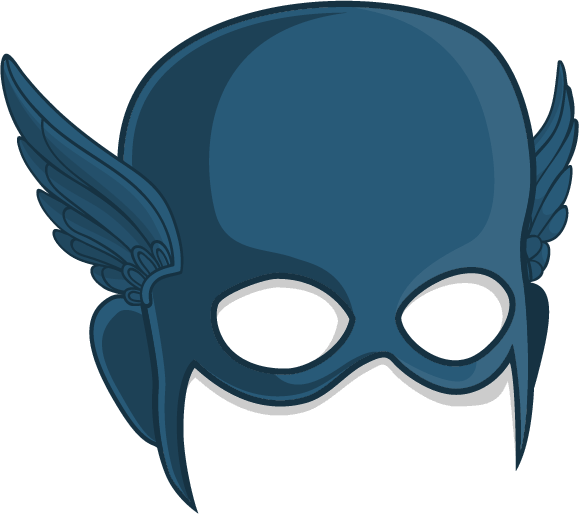 Unleash your Hidden Hero! What is WPSuperDealer? WPSuperDealer is a vehicle listing PlugIn written for WordPress. It’s the successor to Car Demon, the very first automotive PlugIn released at WordPress.org way back in 2013. It’s used by a lot more than car dealers. You can find it being used for boats, RVs, motorcycles, tractors, golf […] 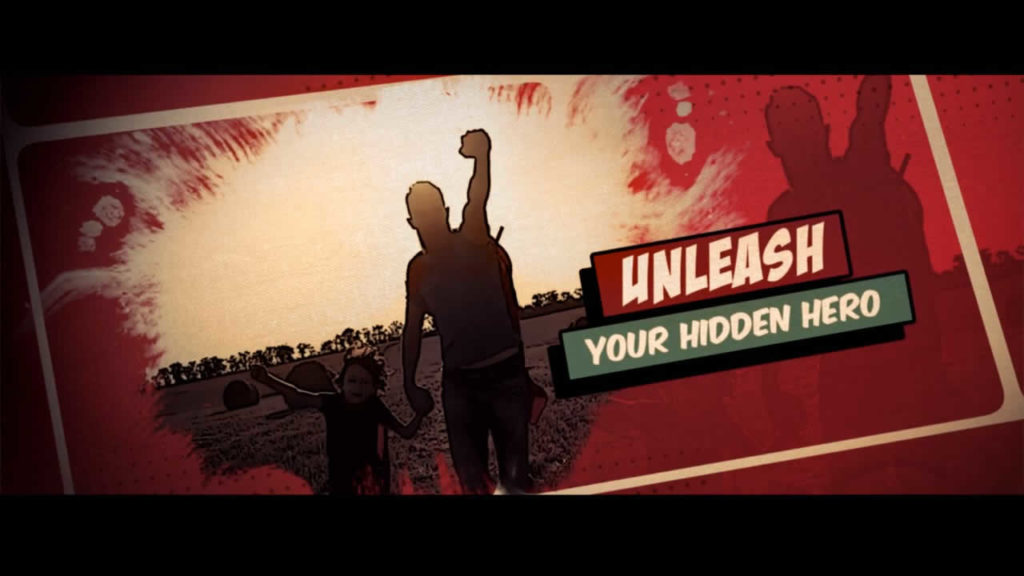 Made with the power of ❤